Storyline, With his reputation in tatters after the painfully unsuccessful delivery of a distinguished Japanese client, the former triple-A protection agent, Michael Bryce, is now reduced to a mere second-class bodyguard for hire, two years after the disgraceful incident. Under those circumstances, Bryce would do anything to prove his worth, and, before long, he accepts an offer from Interpol to escort the international assassin, Darius Kincaid, from Manchester to the Hague. The task seems simple: Bryce needs to transport him from point A to point B; nevertheless, the trip to the Netherlands is long and hazardous, and Kincaid–as the only one with the guts and enough hard evidence to testify against a tyrannical Belarusian dictator–is an obvious target. Undoubtedly, it’s a tough job, as the mismatched duo will have to put aside their grudges, and race against the clock in a non-stop concerto for bullets. Can the hitman’s bodyguard carry through the most important mission in his career? Written by Nick Riganas 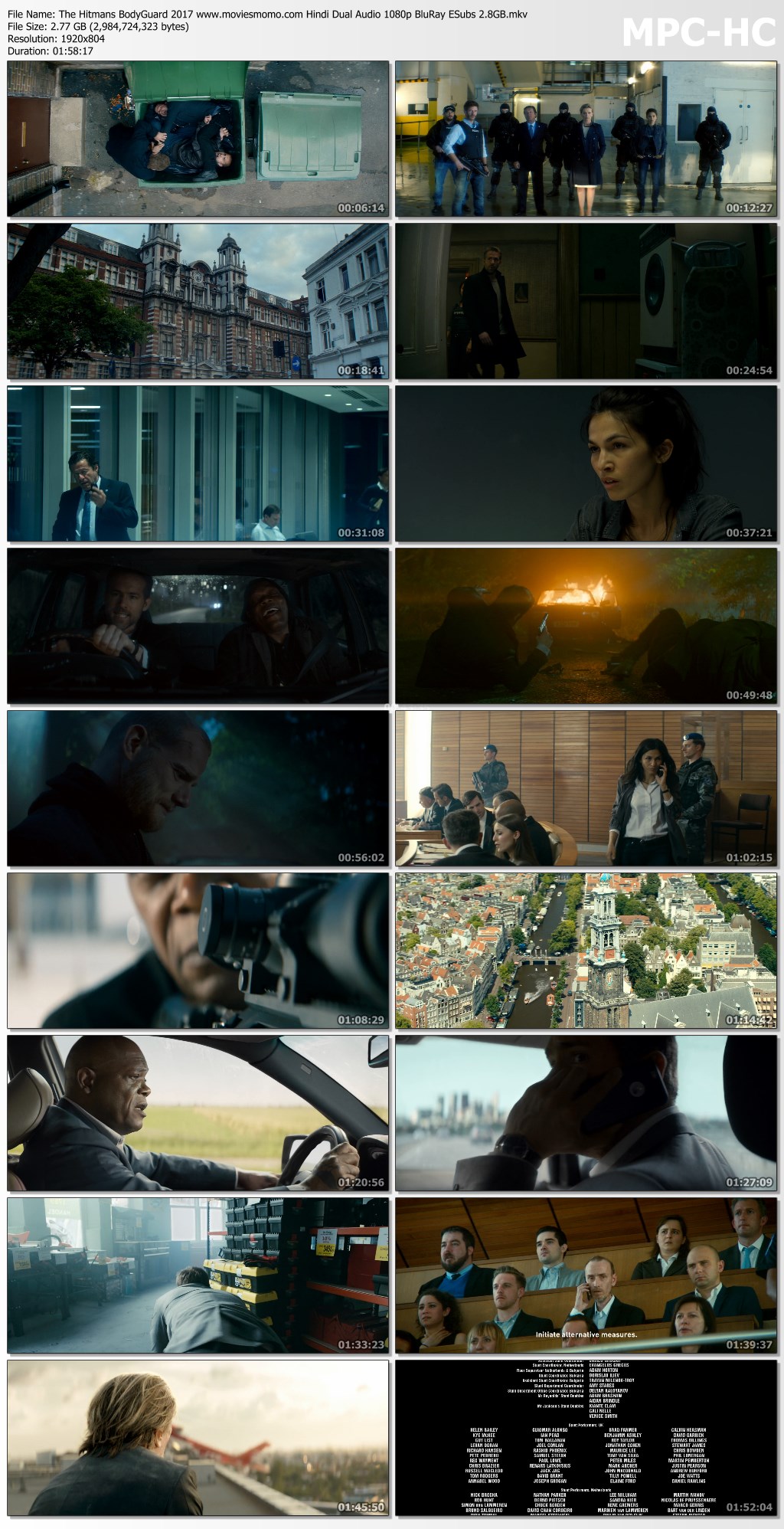